About the Chasing Einstein Filmmakers

Steve Brown has directed and produced documentaries for theatrical release as well as for major networks like Netflix and Showtime. His directorial debut was Spark: A Burning Man Story, which premiered at SXSW in 2013. Brown’s other works include the award-winning features Poached and Twinsters, both of which debuted at SXSW in 2015.

The open questions in physics today are so big that it feels like we are bound for another major shift in our thinking. The only thing we know for sure is that everything we think we know today might turn out to be wrong, and a future generation will wonder how we possibly believed what we believe today. That’s what makes this an exciting time in physics.

Our technology and mathematical models are incredibly advanced and successful, but even the top scientists are mystified about what is really going on underneath. What we thought might be dumb questions turn out to be the most important questions that everyone is still trying to figure out.

Timothy Wheeler is a director, producer, and Emmy-nominated cinematographer who has worked with PBS, AL Jazeera, Discovery, NYT, and VICE. His past works include Showtime’s The Other Shore and the award-winning feature Poached, which qualified for the Academy Awards. Chasing Einstein is the third feature Wheeler has directed.

It is a rare pleasure to film extraordinary moments of science in action. Especially when one of our main film subjects is part of a decades long search for dark matter—a mysterious form of invisible matter which nobody has ever observed.

The nature of science can be slow and tedious. In Chasing Einstein, Elena Aprile and her Xenon1T team unblind the data of the most sensitive dark matter experiment ever created on camera. It is the bullish Aprile’s vulnerability about her hopes and fears that is the heart of this film. Her conviction and intellect is infectious.

The science is dramatic. There are joys and frustrations over chasing something that might not even exist. We owe gratitude to all the scientists in Chasing Einstein that allowed us to film behind-the-scenes during some of the most sensitive moments of their scientific careers. 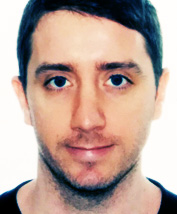 Eric Myerson has been nominated for a Primetime Emmy Award and two A.C.E. Eddie Awards as lead editor of the critically acclaimed documentary series Whale Wars. His feature documentary work includes QT8: The First Eight, Poached, and The Other Shore. Shorts he has written and directed have received a Golden Gate Award and screened on PBS and at MOCA.

What we think we know as scientific fact can be proven incorrect by an observation that cannot be explained by the current paradigm. The most dramatic time in science is the period between making such an observation and figuring out how to either reconcile it with the currently accepted theory or replace it with a new one. But how do we find answers about the universe that nobody has ever had?

The decades of work spent searching for an invisible form of matter in an attempt to reconcile Einstein’s theory with our observations underscores just how difficult it is to fully understand the universe that surrounds us.

It was a great privilege to get to document the journey of such brilliant and passionate physicists who have sacrificed so much and dedicated their lives to try and answer these enormous questions. Nobel Prize winning physicist Barry Barish stated that science “is the best truth at the time.” But as our powers of observation increase, will we find more answers or more questions?